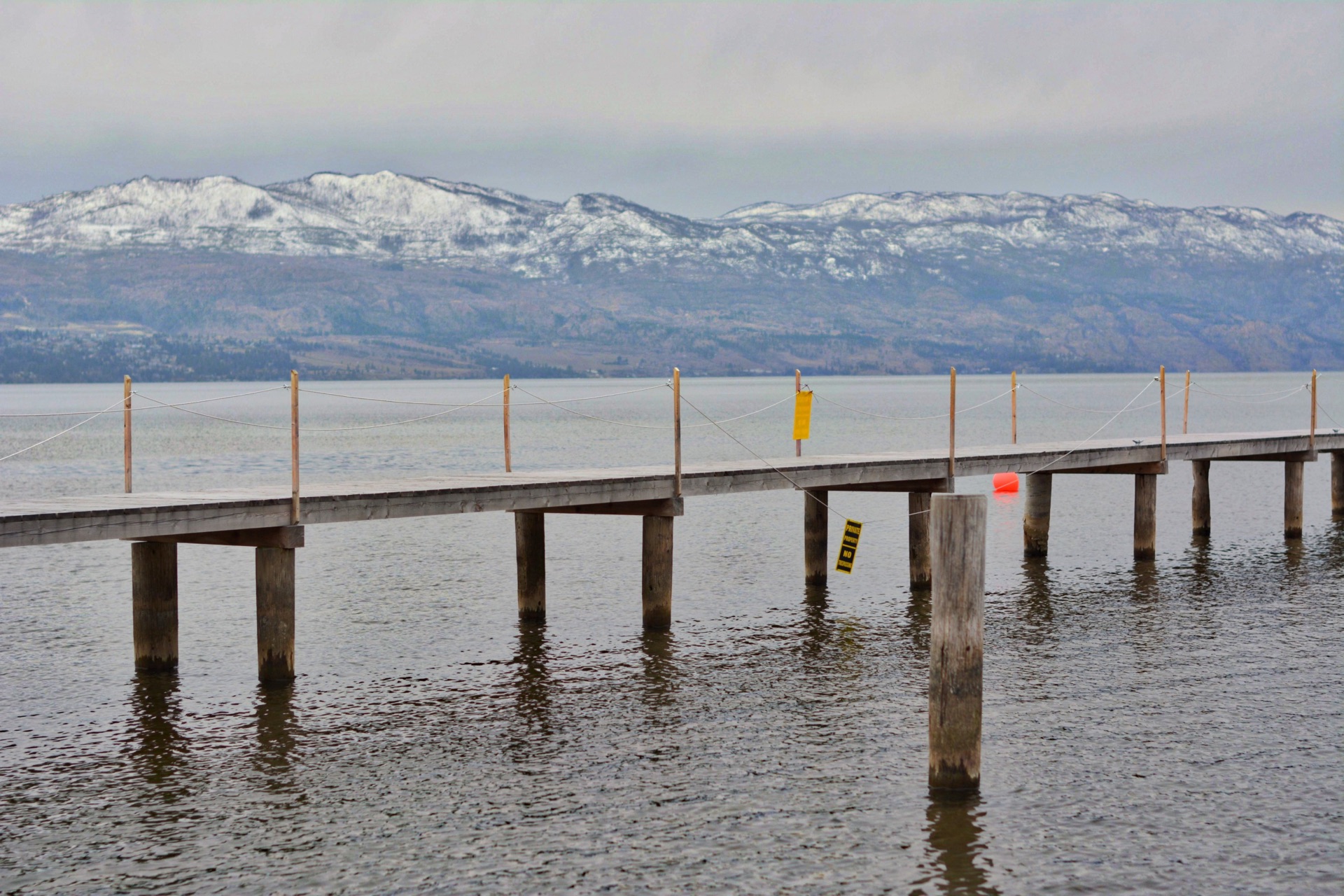 I had high hopes on the way into the Okanagan Valley, having taken the Greyhound from Pacific Central in Vancouver there were some great views on the way up, so couple that with the fact that if you put Kelowna into Google Images you see nothing but beautiful shots of a lake and the beaches that surround it, I was sure that I was onto a good thing. My mistake was assuming that the town was sunkissed all year round; all of the photos were taken in the summer, obviously.

Slight gloom aside, Kelowna is a nice little town. Okanagan Lake that separates the east and west portions of the town is a pleasant, scenic stroll.

I headed to the town centre, to get a local perspective, and was greeted by a local chap with a shopping trolley full of what I assume to be his life.

“You’re not gonna get hit eh?”

“Your fluorescents, no driver’s gonna miss those on the crosswalk!”

I was suddenly aware that I was dressed like a city muppet; my bright yellow-laced trainers (quite the thing in Van), and lack of trucker cap outlining me as “not from round ‘ere”.I jovially agreed.

He carried on pushing his trolley, leaving me amused that such a conversation just happened, and that he wish me well! In England, I’d have expected just:

So even if it’s just the tourist angle I’m getting, people are generally as nice in Canada as their reputation lead me to think before I arrived, and it’s pleasant. We could all do with more of that.

https://www.youtube.com/watch?v=ma1oAKuNhqo
The town centre was in the midst of reconstruction work, with what looks like a pedestrianised area being constructed between the two main coffee shop-lined streets. I chatted to some of the locals, some students from the UBC campus up town, and a couple of bar regulars. All expressed the same view – “this place is dead out of season. Noted, and observed.

So it was a good opportunity to catch up on some reading, sleep and healthy eating (Ok, that last bit’s a lie, I went to Smoke’s one night…). The hostel was good, another of the Samesun chain that I stayed at in Vancouver, and there were some nice people there to chill with.

For future reference, visit Kelowna in the summer. It’s when all of that “awesomeness” that you hear so much about, happens. Alternatively, go in the winter if you’re into skiing; I’ve heard good things about Big White.