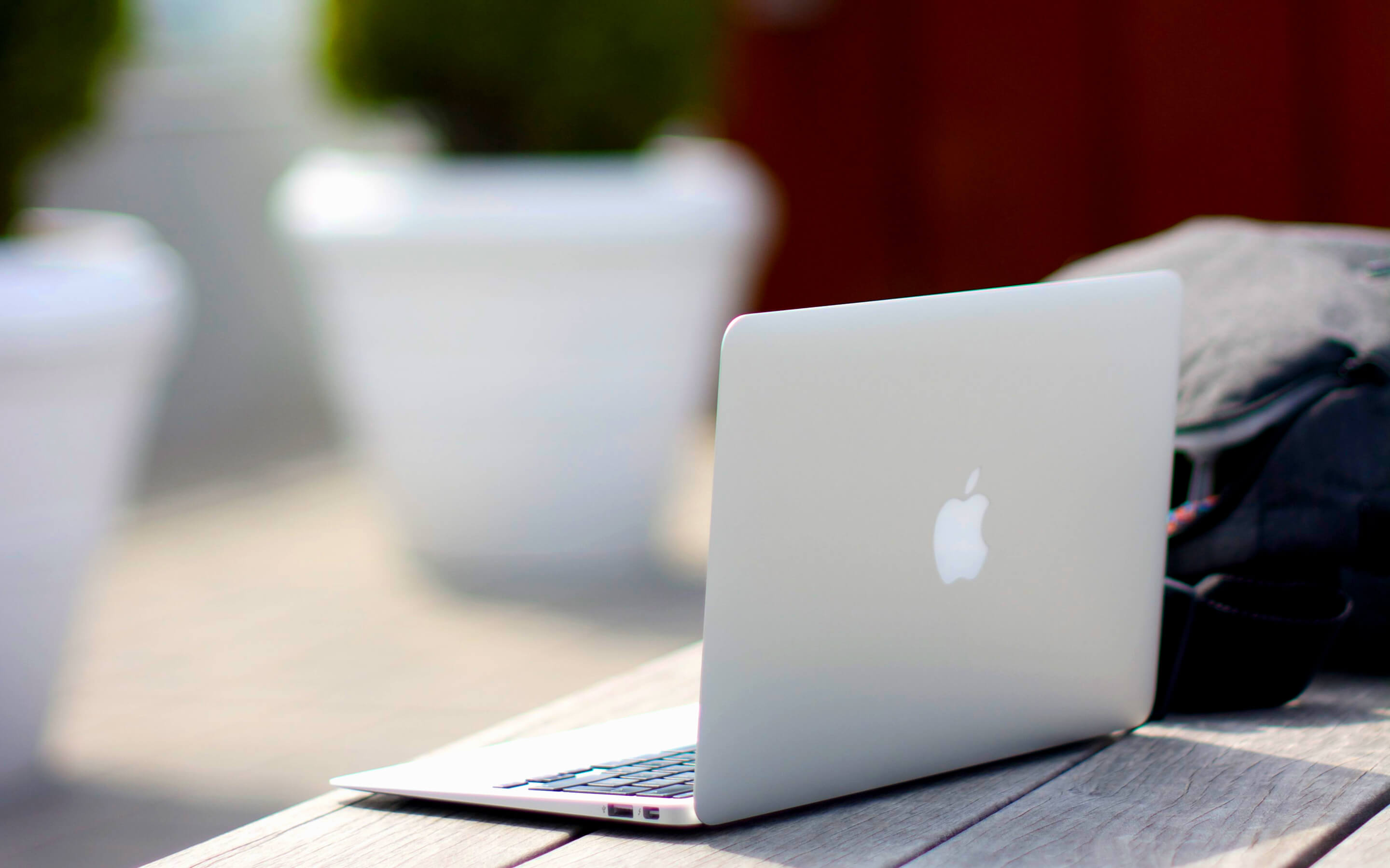 Out of the box, a Mac is a thing of beauty, from the clean lines and cool-to-touch aluminium case to the slick, jitter-less OS, I’ve not gone back to a Windows machine from the first time I seriously started using an Apple laptop (which was only a few years ago!). Prior to that I was a staunch PC advocate, but it’s funny how often that coincides with being a student/generally unable to afford to drop a few thousand on a computer that does the same job as much less expensive one, albeit much less stylishly.

But reformed fanboyness aside, if you’re going to use it as a day-to-day machine, there are some things that it could do better. So here are a few of the tools that I use to minimise the number of times a day that I want to throw my lovely slab of Hall-Héroult-refined Bauxite off the apartment balcony.

Prevent iTunes from hijacking your media keys, use them for streaming media

As an Android user, I never use iTunes. In fact the only time I see the iTunes app appear on my laptop is when someone else wants to charge their iPhone from my laptop’s USB ports and it pops up trying to sync with the new device, or when I forget that those media buttons don’t do what I expect them to, and I accidentally launch it when trying to pause an audio track or podcast that I’m listening to…

That was until I discovered BeardedSpice! It sits in your menu bar and performs the seemingly simple task of making whichever media source is playing in one of your browser tabs respond to the input from those little Mac media keys, instantly making three little pieces of black plastic that I’ve been carrying around with me actually useful for the first time. It works with sites I regularly use; YouTube, Pocket Casts, Spotify (web), and even Subsonic – a bit of a niche media streamer, but one I’ve been a daily user of for the past five years or more.

It supports loads of others too, here look, and the icon looks like me. So that’s nice too.

You thought Spotlight was good? Let me explain you a thing..

I was blown away by OS X’s inbuild Spotlight omnibar when I first got a Mac. For the first time in my computing life, a GUI interface gave me a way to search for things on my computer without having to wait ~20mins for my hard-drive to be re-indexed, then something crashes, then it slows the whole system down, then something else happens. Then I have to reboot and leave the laptop running on the passenger seat of my car because it wont turn off until I run those updates, which takes half an hour or more, and then…ah I’m sorry. The trauma of owning a Windows machine all those years can bubble to the top of my consciousness sometimes, I’ll get  back on topic…

Alfred does everything that Spotlight does, but it adds additional features that I use so often that it must’ve saved me hours of my life in the long-run. For example, say you want to find a document called important_biznis_dok.txt, and you know at least part of its name, just type:

and it’ll probably show up, and the path will be shown beneath it. Decide that you want to open the folder its in rather than the file itself? Just hold ⌘, and below the filename it’ll let you know that selecting it will now open it in Finder.

Ok, that’s sort of what Finder does, which is still cool. But the really useful stuff it can do includes inline calculator commands, for instance to get the square root of 4397 and copy it to clipboard:

has the ability to jump straight to a Wikipedia page on a topic:

and basically takes out the intermediate steps of:

Once you learn the keywords, you’ll be flying.

Save the intelligence services some time, upload all your base to the cloud

This beloved Mac slab is not just the conduit through which the world receives photographic evidence of my questionable culinary judgement, but it’s also the centre of my working life, and the primary tool that I use to run my business. For that reason the information on it is more than a little important to me, so I have backups. In fact I have three redundant forms of full-system backup, the most recent edition being that provided by Arq. Given how much I travel about, I became increasingly worried that one day I might become the victim of external hard-drive failure, baggage loss or theft, or a combination of those things (it happens) and that all my base would be lost… So I looked into various ways to back up my data to cloud storage. I already had in place a system which backed up all of my stuff on a server that I build myself at a site in the UK, but as I’m rarely in the same place as that machine and it’s getting on a bit, I wanted someone else to handle the maintenance of the server itself and just let me worry about the backing up “bit”.

So I found Arq, a product that works much like Apple’s Time Machine, but rather than putting your backup on an external drive you provide it with cloud storage credentials, and a super-long encryption key, and an end-to-end encrypted backup of the directories that you specify are stored off board and synced automagically – just like Time Machine.

There are other options out there, but I liked the fact that it could use Amazon Cloud Drive, which for US$60/year can be upgraded to unlimited cloud storage; bargain! Unfortunately, being from the UK, that unlimited storage option is not available. 🙁

Which brings me to…

I’m a British Citizen, I pay taxes and have a TV licence, so I want to be able to watch iPlayer wherever I am. Unfortunately the BBC, much like other nationalistic media outlets around the world, lock down the ability to view iPlayer content to UK IP addresses only. The only way around it is to set up a VPN tunnel to an IP address that you have access to, and to browse the net via that IP address instead.

This used to be a time-consuming, rubbish thing that required copy-pasted terminal commands and a modicum of technical knowledge. Well, not since Tunnel Bear came along and commoditised that process! Now with a couple of clicks, you can choose from the range of countries that they support, and use any regionally-locked service that you like. Making the internet how it should have always been in the first place – a level playing field, open and equal for everyone to use. Their Grizzly Bear unlimited data package is very reasonably priced, and fast enough to stream the Christmas Special of Sherlock to the South of Spain. Or…sign up for an unlimited data subscription to Amazon Cloud Drive from a US IP address, and back up your system with the aforementioned backup tool. Just saying. 😉

It’s not just for Mac either, there is a version for Android and iOS too; you can use the same account with all three.

I’m increasingly becoming an adherent of Amazon Web Services, and have a few EC2 instances now running server back-ends and maintenance control panels. The convenience of being able to get a server provisioned and up and running with out the bleeding knuckles that used to result from manually assembling server racks brings me a little frisson of joy each time I do it; especially when I do it from the Android app! If you’ve no idea what I’m on about, you can basically run virtual computers and have virtual hard disks on Amazon’s cloud, and use them as if they were in the same room, connected directly to your Mac. It’s brilliant, we’re living in the future!

Anyway these virtual drives can’t exactly be picked up and plugged into a laptop, so you need to either run a load of terminal commands to mount and send/receive files from the drive, or use a sweet GUI client like Transmit to mount your S3 volumes. Once you enter your credentials and get a drive set up, you can mount it as if it was an external drive sitting on your desk, and copy files over as you would any other removable drive on your Mac. It’s magic!

Bear in mind however that you’re charged for usage on AWS, so copying your entire BlueRay backup collection in case you lose or scratch any of them, might cost you more than just buying them again!

As anyone who knows me can tell you, I am not a morning person. I would far rather stay up until 4 or 5am and wake up at noon, than be up at 5am. Despite that, I try to force myself to do the opposite, mainly because whilst my body wants to be a night-owl, I feel like I get more for my money out of any given day if I get up early.

That late-worker tendency does mean however that I am using my laptop long after the sun has gone down, and if recent studies are correct in suggesting that the blue light from computer screens inhibits melatonin production, then finding a way to minimise the blueness going into my faceballs late at night should help me get a restful night’s sleep.

I’ve been using f.lux for some time on my MacBook (and Twilight for my Android devices, including Android Wear!) to reduce the brightness and blueness of my display after dark, and placebo or not, my sleep tracker indicates that it helps me to recharge more fully overnight. I definitely suffer less from the inability to drift off these days. It runs in the background, and works by tinting your entire screen gradually as the night goes on. It picks up sunrise/sunset time from your current location, and you can set a wake-up time and goal sleep duration so it will give you a reminder if you’re working a little late and should really be getting your head down.

Just remember to pause it when you watch a film on your Mac, otherwise…

“Hmm, this film is really orange. Maybe the Director of Photography is making some statement about… Ohhh! Right!”